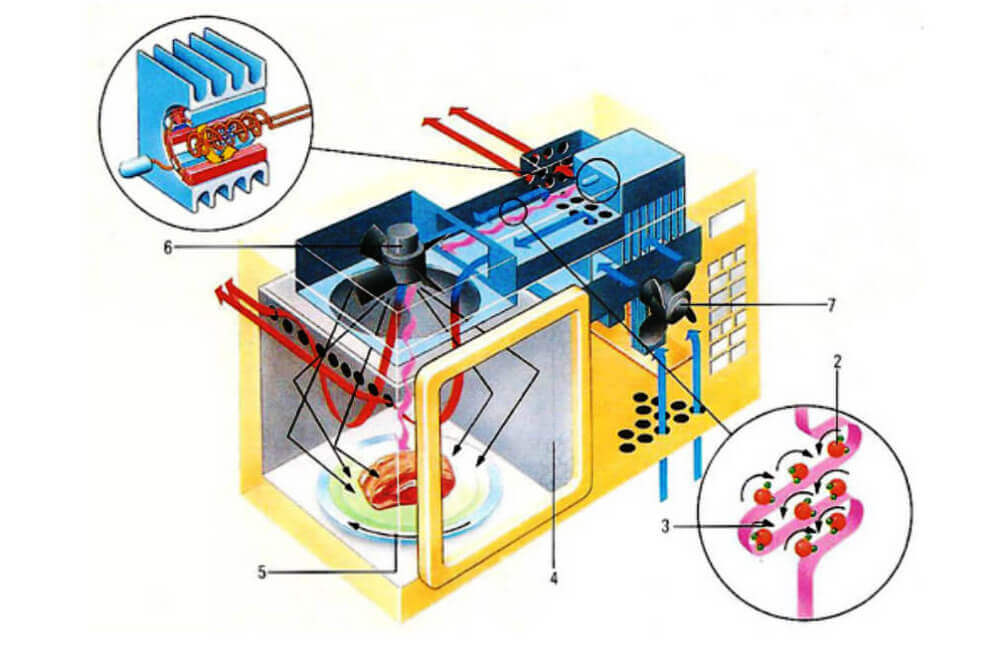 Microwave is used to heat your food in a short period of time. Microwave radiation does the heating work for you just like the sun. Without it, your microwave is nothing but useless. It causes vibration in the molecules of food which turned on the cooking process. There are many other uses of microwave radiation in your regular life. Who and how it is discovered, all will be discussed in this article. It will help you to know more about the microwave and allow you to see the behind story of the microwave discovery. Let’s jump down and see what is up there.

Microwave radiation is the accidental discovery of Robert Wilson and Arno Penzias. Both of them are American radio astronomers. Robert and Arno were on Bell Labs which is located in New Jersey. Suddenly, their Holmdale Horn Antenna starts to pick some bizarre sounds. Both of them start to search for the source but there is nothing but pigeons on the antenna. So, they eliminate all the pigeons and other sources that can cause this sound. But they are still receiving the single from all parts of the sky. After that, they have realized that there is something big on their hand.
Later on, they have discovered that the sound is the cosmic microwave background radiation (CMB). This discovery has given a solid ground to the Big Bang Theory that the Universe is indeed formed from a single dot. It helps to win them the Nobel Prize (Physics) in 1978 alongside Pyotr Kapitsa. Besides helping the world to know the core of its creation, it has vastly used in many other works. Microwave Radiation has a great hand on building this modern world and connected us together more than ever before. The stated dates of Microwave Radiation discovery is on 20 May 1964.

How does microwave radiation work in the microwave?

Thermal agitation is the key to produce the microwave electromagnetic radiation. It has a wavelength that is between 10-3 and 101. It has the ability to create vibrations on the water and fat molecules which will create heat and help you cook your food in a short period of time. Every microwave cooker which you see in the market is built on this principle. Things like paper bags, plastic, Styrofoam is not so suitable to put into your microwave. You should always work with the things in your microwave which has the ability to take up the heat and keep you safe.